Well, for a few glorious days, this was my worldview: 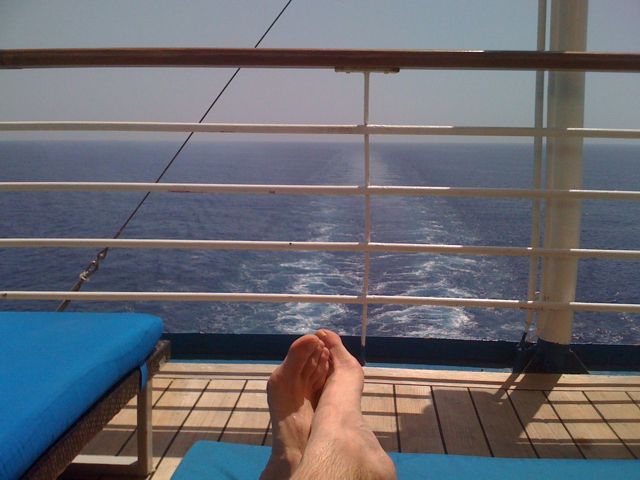 But now I’m back to work at Problematic Audio labs, and that means the process of assembling the Gristlelizer is moving forward once again.  Great strides were made today.  First, I measured and drilled the holes for the pots, jacks, and switches into the case, as shown below — back then front: 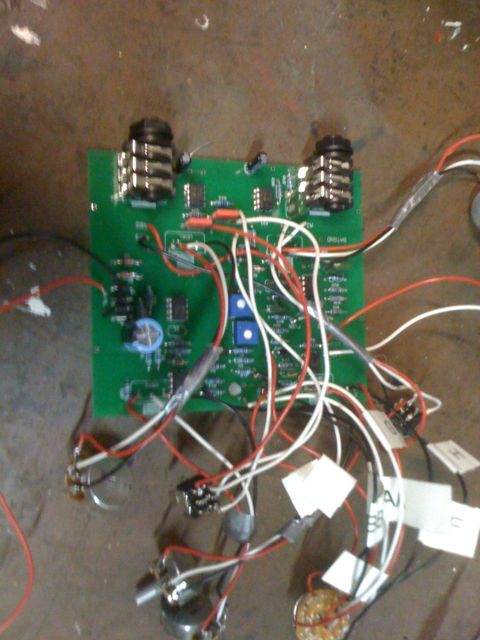 You might think I’d be ready to test it all out now, right?  Wrong!  Because I still don’t have the .47uF cap in hand.  I’m sure it was delivered to my other office while I was out, and in fact I stopped by that office today.  Unfortunately, though, I forgot the key fob that opens the door (I reduced my key ring to facilitate travel) and so the cap remains inside until tomorrow. Dammit. But that’s the last thing to solder in, then I can begin either playing with it or troubleshooting it.  Wish me luck.

A couple of things.  I noticed that there’s no place on the board for the ground from the AC jack (the white wire in the photo below), so I’m assuming it’s safe not to worry about it.  I’m also assuming that it doesn’t matter, since it’s AC, which wire goes into which AC hole on the board.  Polarity isn’t an issue with this type of power, right? — that’s my understanding, which would seem to be borne out by the lack of + and – symbols on the PCB for these wires. Finally, I remain uncertain about whether I’ve wired up the six-position switch correctly.  I wrote about this before I left, and in response to suggestions that a picture might help, see below.  Sorry the quality isn’t better, but perhaps it’s sufficient to illustrate what I’m concerned about. In the photo, the white wire directly beneath my thumb is A.  The black wire that appears at the bottom of the photo is F.  The other white wire is G, which on the diagram looks like it should be right between the two terminals connected to the “A” wire, but as I’ve wired this switch appears to be more closely aligned with the first terminal. I realize that photo and the one below probably aren’t that clear.  Worst case scenario is that I’ll have to resolder that switch (the other ring of it, anyway).  Could be worse. So, after a day of business tomorrow, I should be able to put the finishing touches on the Gristlelizer.  With any luck, my next entry will include sound samples.  Stay tuned.  Thanks again for the comments and for following the progress thus far.