First, thanks to everyone who’s visited and left comments; I appreciate hearing from everyone and look forward to hearing what everyone does with their own finished pieces!

The visit to Radio Shack seemed to be successful, so more progress has been made on the Gristlelizer.  Life is good.

One of the items I procured at RS was a 1000u capacitor.  It’s a bit of a substitute in that its rated voltage is 35 and not the 25 of the specified part at Jameco, but from my (admittedly limited) understanding, it should still work appropriately.  If the more electronics-savvy among you know different, please advise before I blow myself up…

I was a bit freaked out about it when I got it home, however, because of its size relative to the rest of the parts thus far.  You should have no trouble telling which one it is in the following photo: 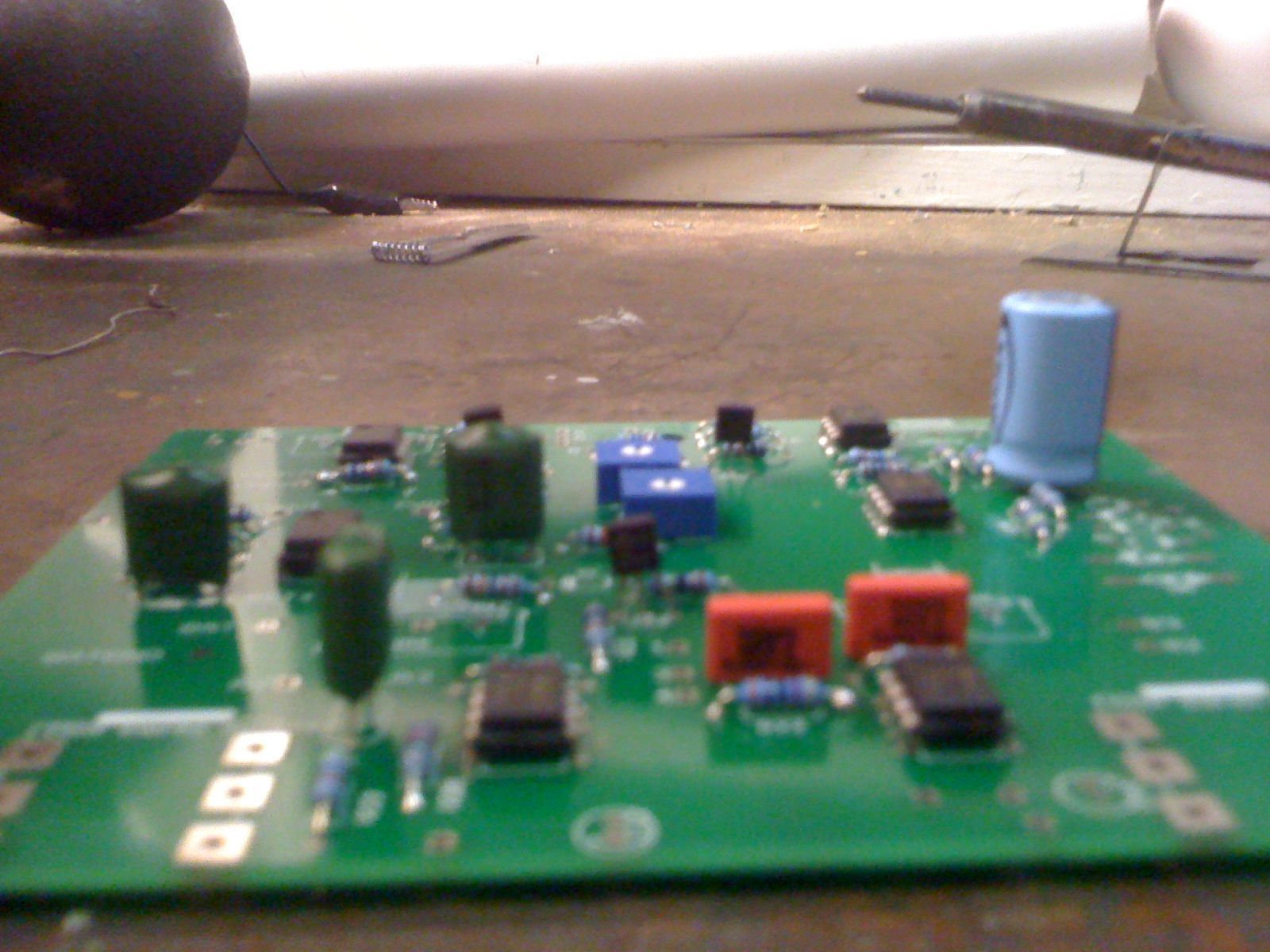 Yes, it’s the one that looms like an enormous water tower over the rest of resistor city.  I’m reassured, however, by Frankie’s comment, which suggests that even the exact part specified is a bit out of proportion to its counterparts.  Good.

The other RS parts were less exciting, visually, and also matched specs per the Jameco and Mouser web sites, so I think I’m solid with those.

The only thing I wasn’t able to lay my fingers on at RS was a .47u capacitor. From what I’m reading, I may be able to use a substitute capacitor, but I’m having trouble figuring out precisely what.  Unfortunately, RS is the ONLY electronics supply in my area (as far as I know), so I’m not sure where else I can look.  Doesn’t seem like the kind of thing auto repair shops or home repair shops would stock.  I should probably just order the damn thing from Mouser or Jameco, but it really galls me to pay another $6-7 for shipping on a $.36 part.

I’ve gone ahead and put in the rest of the parts I had on hand, including the transistors and the six integrated circuits.  Here’s how the board looks now, top and bottom views: 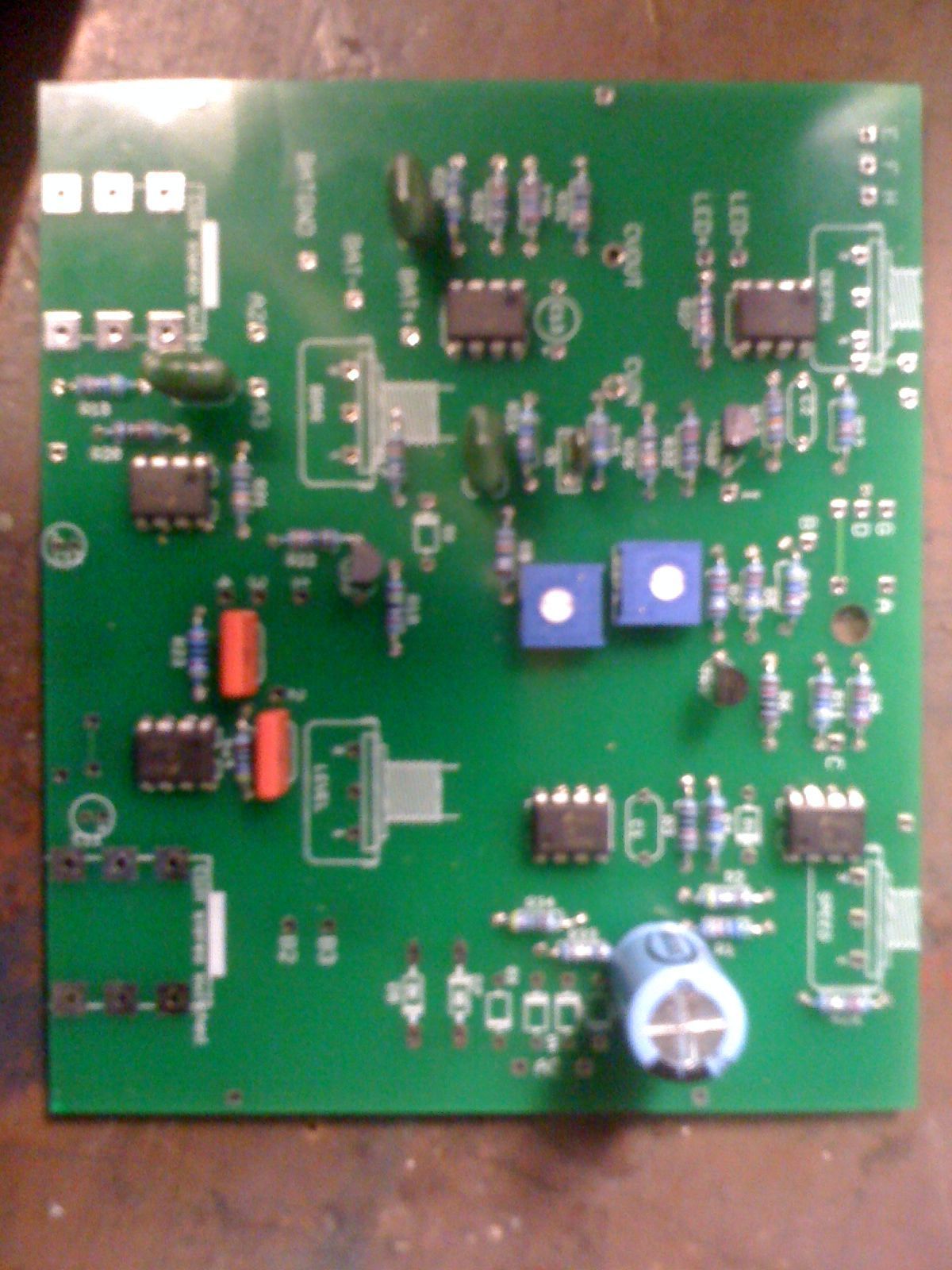 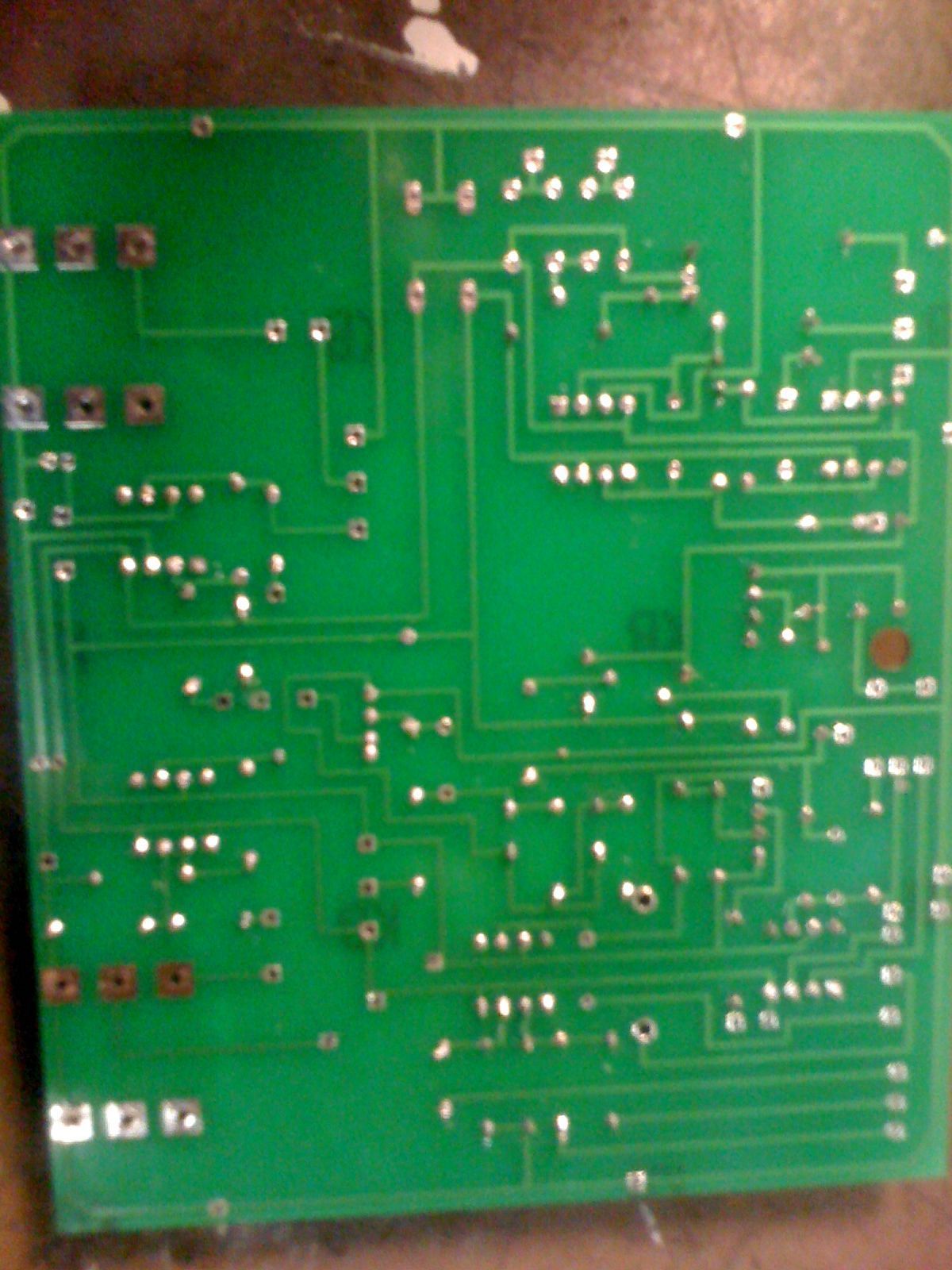 The next batch of parts from Jameco is slated for delivery on Tuesday, so I probably won’t have much to report until then.  Thanks Kerry for the tip about the inconsistency between the PCB and directions about the depth potentiometer.

Oh, yeah, those are a few of the other items I procured locally.  Specs are the same, but I’ll have to get out my hacksaw to cut the posts down to size. 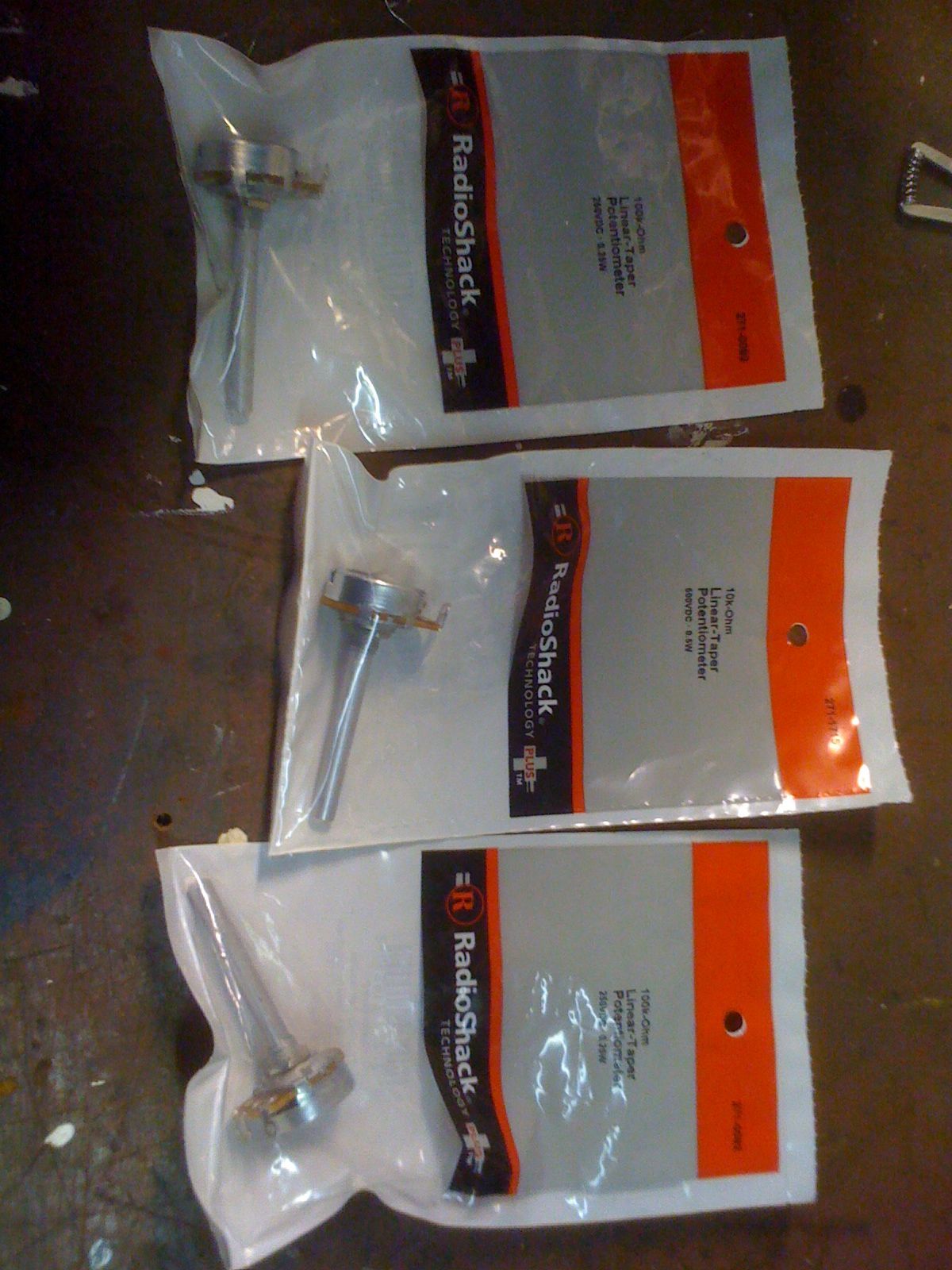 Meanwhile, if anyone has suggestions for a substitute for the .47u capacitor, OR suggestions for where in central Pennsylvania one might find an electronics supplier that is NOT “a Tandy company,” please chime in.